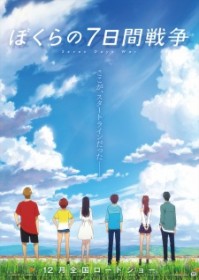 
On a hot day right before the summer vacation, all first-year male students of the second class from a junior high school disappear. Was it an accident? A group abduction? In fact, they were hiding in an abandoned factory near the river, and used it as a liberation area to rebel against the adults. The adults are in great confusion by the huge and unexpected operations cooperated by the female students; entangled with real abduction cases, a corrupted mayor election, and even involving parents and television reporters who are thrilled by the liberation broadcast and barricade. The comedy mystery progresses in a light tempo that doesn't give the audience a chance to breathe until the brilliant end that is full of satire.